European news are abundant and deserve a new page. The Brussels Commission who leads Europe without being elected is so bad and antagonistic to European people that countries want to quit. If we had a referendum in each country, we would be surprised by the hate towards this monstrous bureaucracy that does not defend its inhabitants but cost an absolute fortune!

His entourage: As usual with idiots, he surrounds himself with more stupid people so they don’t create a shadow over his highness ! A bit like he surrounded himself by mentally deficient Swedish Greta’s.

During the G7 meeting in Biarritz he has succeeded to attack the Brazilian President, Bolsonaro, accusing him of creating the “huge fires destroying the Amazonian Rain Forest, that is the lung of the Earth, producing 20% of the World oxygen”.

He has even threatened him of abandoning the MERCOSUR treaty that the European Union just signed, accusing him of being a liar in his support for the Climate Change Treaty.

We must thank Macron, this useful idiot ! Because his statements have been so outrageous that real scientists came forward and taught us many facts.

1- The Amazonian Rain Forest is not the lung of the whole world ! At most it produces 1% of the oxygen produced in the world and this 1% is mainly used by the forest itself !

2- The Amazonian Rain Forest represents about 20% of the world forests. So, all together they produce 5% of the world oxygen and they consume it themselves.

3- The main producers of oxygen are the Oceans !

Then Bolsonaro who was assaulted by Macron the pinhead, fought back and made a comment, based on facts.

One being that macron’s wife was an oldy that required aesthetic surgery whilst his own wife is a magnificent youngster.

Macron complained about the unfair punch back. Well, darling idiot, you started the fight so don’t complain about the answers and do not think you can be a poor fighter and the referee at the same time.

I bet all leaders are killing themselves laughing at this dickhead.

Thereafter, Macron tried to look more knowledgeable by stating that the Amazonian Rain Forest absorbed 20% of the World CO2 !

Wrong again, you dick ! If the forests all over the world absorb CO2 during the day, they release it at night creating a small net absorption of CO2 until the trees die and release it slowly through putrefaction or rapidly through burning. All this ends up in an almost zero sum.

Unless, the forestry extends. And this is what is happening. The forestry land has increased worldwide by almost 20% in the past decades !

To our surprise more graphs came in support of Bolsonaro and against the French pinhead.

Here they are with some comments:

This map is a view from space of the Amazonian Rain Forest showing in yellow the fires now. They are mainly around the forest, in farmlands where burning is used as a cheap way to produce fertilizers and to get rid of old remnants of crops.

In green, we can see the intact forest where the fires are sparse. 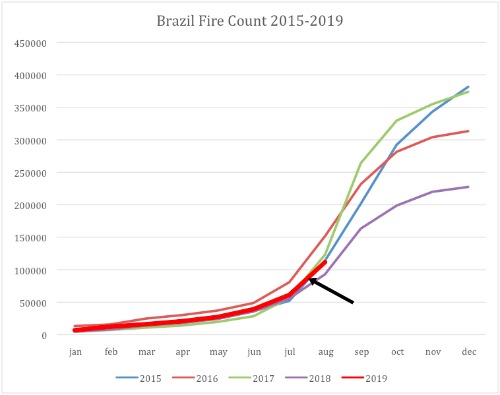 This graph shows the number of fires in Brazil over the years.

The thick red line, marked by a black arrow, which is still going on shows that the number of fires is well below previous years. 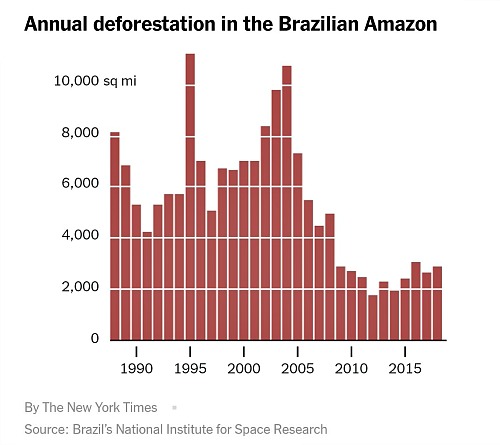 This last graph shows the annual deforestation in Brazil. As we can clearly see it has seriously decreased.

To note that during the presidency of the Marxist Lula, it was much higher but none of the fake news “climatologist” was objecting.

Bozo Macron was busy marrying his pedophile mummy and training in his famous school of administration swamp to lie to the French.

The arrival of Boris Johnson as the UK Prime Minister after the weak Theresa May has worried some but instilled hope in others.

Terror has been engraved in the pro-EU Remainers who think that the EU will be shaken to the point of being endangered in its existence.

Straight away the Brussels technocrats have tried to bully Boris Johnson claiming that in any case he will fail.

Hope of success for Boris Johnson has been counterclaimed from the Trump administration and the “European populists” such as Matteo Salvini. Hope has also been trumpeted from Israeli friends.

Most continental European Journals have been insulting towards Boris Johnson. Calling him the “Britannic Trump”. Given that they mostly hate Trump, this appellation is negative. 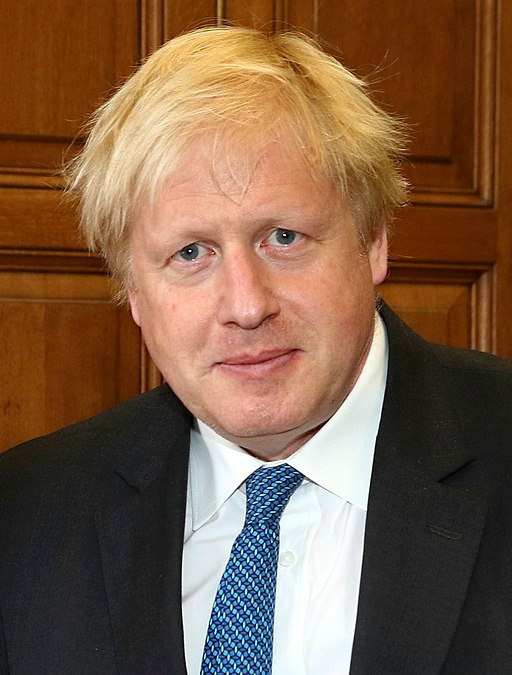 It is obvious that

- The retaliatory threats from Brussels will not scare Boris Johnson who intends to deliver Brexit.

He has set up a “War Cabinet” of pro-Brexit ministers intending to succeed.

Boris Johnson has imposed a very high demand on Brussels by stating that he would not negotiate unless they abandon their “Ireland backstop”. This “backstop” is a condition imposed by Brussels to stop UK to reestablish a border between the two Irelands, border that is not only a terrestrial one but also a maritime one! That would mean that Northern Ireland, which is part of UK, would stay de facto in the EU and only the rest of UK would be out of EU.

No wonder Theresa May lost all the UK parliamentary votes on her deal proposal. She may have been willing to share her underpants with the humongous Angela Merkel but I doubt very much that a real man such as Boris Johnson would agree, even with his unending sense of humor.

Brussels is already negative about the drop of the “backstop” (some of those unelected swampy technocrats are even now talking about a unified Ireland).

Boris Johnson will probably get the Parliament to vote on a No-Deal Brexit and the vote will not pass because this Parliament of "elites"has no intention to respect the desires of the British people as they expressed it in the referendum. If the vote was going to be won, the Brexit will happen on October 31.

If the vote does not pass Boris Johnson will call for a snap election. In the actual situation the Tories (the Boris Johnson Party) would lose. But he could well offer Nigel Farage and his Brexit Party all the northern districts seats that are staunch Labour ones and cannot be won by the Tories but have voted in majority for the newborn Brexit Party of Farage in the recent European elections. And that combination is winnable for Boris Johnson. This would get the No-Deal vote pass in Parliament on October 31 (the DUP party of Northern Ireland would join in if the “backstop” is dropped).

Donald Trump and his administration are behind Boris Johnson and want the Brexit to happen.

Huge transatlantic deals between the two countries will soon be defined. This will weaken the EU. But “populists” such as Matteo Salvini from Italy will push forward the Thatcher’s idea of a Europe of Nations.

Boris Johnson favors more Israel than his predecessors and certainly more than the antisemitic Labour.

Boris Johnson has great qualities. He wanted to be Prime Minister. He is facing history like his heroes Churchill and Thatcher.

He can be a great ally to Donald Trump and create a profound synergy with him. He intends to take the necessary measures to improve the UK economy (deregulations, lower taxes…)

He will also most probably support Trump on the Iranian Treaty abandonment and has already shown much more stamina and character on the ships protection in the Hormuz Straight, sending in the Royal Navy.